Today certainly proved to be a challenge for me. My hope was to create that sweet little cookie that I've seen posted on several blogs. You know those ones that look so good you want to reach through your screen and grab them, "The French Macaron".
I had attempted a couple of years ago to make french macarons and to say the least it was a complete disaster! I just gave up and thought I'd never have a reason to make them again. But a few days ago I was asked by a friend to come up a few ideas that were not your typical everyday cookie. Something a little more sophisticated something you would serve at a dinner party.
So my adventure began...

Why I took this approached I don't know but I decided to make my own almond flour...Crazy Lady!..

I pulsed whole almonds in my food processor 2 1/2 cups-UNSALTED. What you don't use you can freeze and use next time. (Maybe)
Pulse continuously for 3-4 minutes. You  don't want any large chunks or bits because after they have cooled and pulsed one more time you will need to sift through a wire sieve.

Because nuts have oil which makes them too moist to give you a nice lift in the final product.  I placed the pulsed almonds on a cookie sheet and set my oven at 200 for 1 1/2 hours. Take a spatula and move them around, you want them to dry evenly-about every 15 min or so.
Perhaps you could dry them over night..I just didn't plan that far ahead ;)


If you do not dry your mixture this is how they may turn out. Bad- bad- bad. Or just use store bought almond flour, which is what I'll do next time :-)

Almond flour 1 1/4
Confectionary Sugar 1 1/2
3 Egg Whites
1/3 cup regular sugar.
dash of cream of tarter
1 whole Vanilla Bean (Cut a whole bean down the middle and scrape both sides).
But use whatever flavor you would like 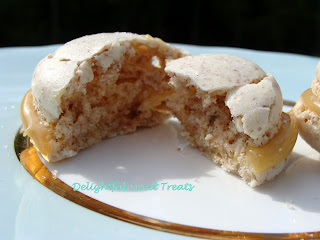 delche de leche
Recipe I got from Alton Brown from the
"Food Network"
http://www.foodnetwork.com/recipes/alton-brown/dulce-de-leche-recipe/index.html


"The Fannnie Farmer Cookbook" is what I used as a reference but because I decided to use raw almonds as my base I research other books and the internet.

I'd also suggest watching "you tube" they have several tutorials on how to make them.

King Arthur Flour has a good recipe at http://www.kingarthurflour.com/recipes/macarons-recipe
and of course Martha Stewart has a very similar one.
http://www.marthastewart.com/318387/french-macaroons.

I would suggest that you look through some recipes to see what you think you are capable of doing. Some seem so much more difficult than others.
If you make them please let me know how you made out Im curious if people had the same problems I had.

ENJOY
Posted by Delighful Sweet Treats at 8:37 AM 2 comments:

Happy Mothers Day to All Moms! 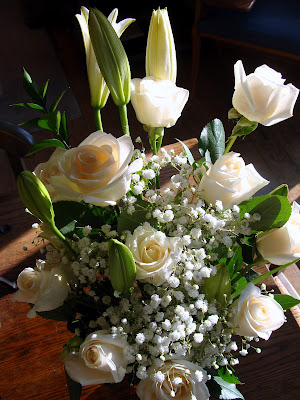 Posted by Delighful Sweet Treats at 9:36 AM 2 comments: 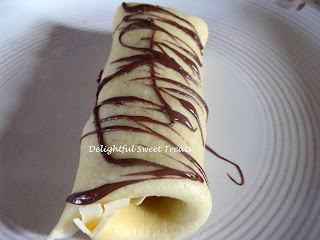 I hadn't made crepes in a long time, I think I felt a little intimidated making them.  Sometimes they'd come out light and fluffy and others they would be hard as a rock.  I've read in several books that you should incorporate air bubble in the batter,, this will keep them light and airy.
So I pulled out the ole Kitchen aid using the wire whisk.
RECIPE:

2 Eggs
1 Cup Milk
2 Tablespoon sugar
1/4 cup whole wheat flour 1/2 cup all purpose flour You can use all white flour I just wanted to add a little of the wheat.
dash of salt
1 Tablespoon oil

Heat your pan at least a good 10-15 min. I don't have a "crepe pan" so I use my trusty old frying pan. I used pam spray to coat but you can use butter or oil. Be sure not to burn the butter.

Combine flour,  sugar,  salt, milk, eggs and oil. Mix at least a minute or two.
Allow the mixture to set a few minutes before pouring into the hot oiled pan. 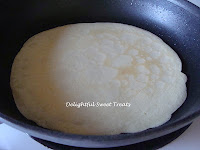 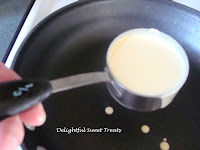 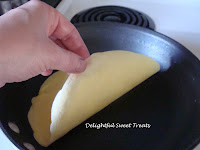 I use a 1/4 measuring cup to scoop into my pan. Pour into the center and give it a good swirl so the entire bottom its covered. Cook about 2-3 minutes until you see the bottom is a nice golden brown then give it a flip and cook for another minute then slide out of pan onto a your plate. 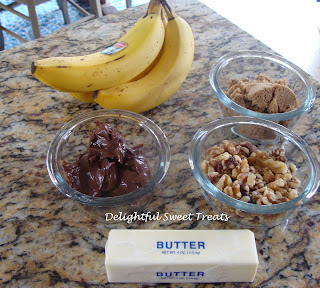 
In a sauce pan melt your butter then add walnuts cook for about 2-3 minutes.  Add brown sugar and cook until you see  bubbles begin to form. Quickly add your sliced bananas. Completely coat the bananas with the sugar mixture then allow to cook for another 2-3 minutes.
Spread Nutella onto your crepe and about 1/4 cup of banana mixture and roll it up like you would a tortilla.


Posted by Delighful Sweet Treats at 9:23 AM No comments: 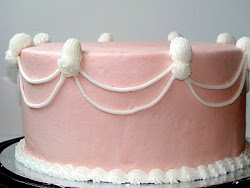 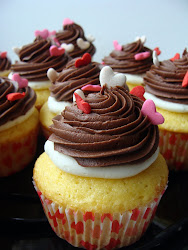 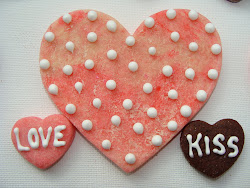 Delighful Sweet Treats
I've been baking passionately for several years now. Everything from Birthday Cakes to catered party trays of Cookies-Cupcakes and the occasional breakfast trays of muffins. I started this blog not only to share in what I love to do but to learn from others as well.

Promote Your Page Too 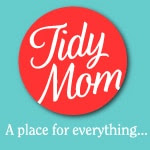 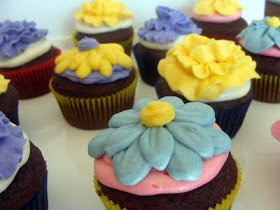 My version of the spring time oreo 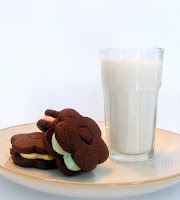